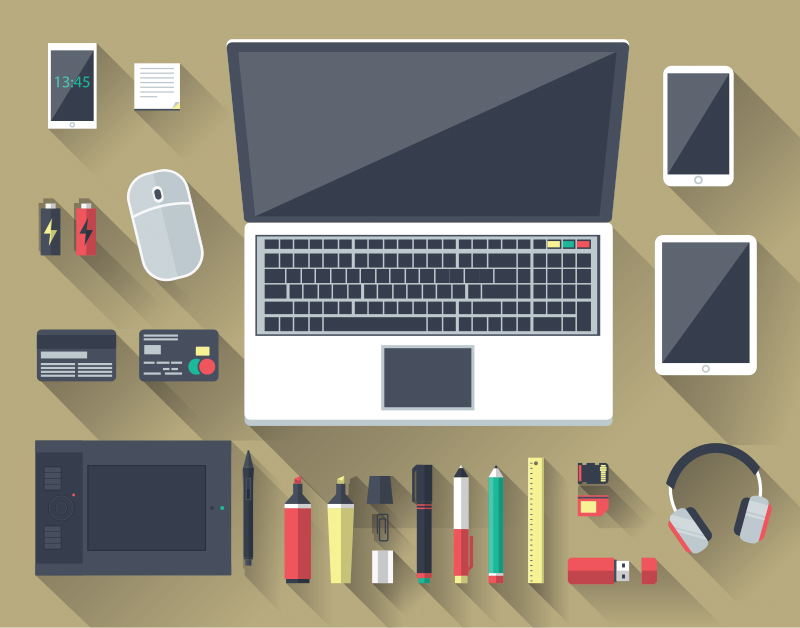 It’s no secret design fields have a very visible age bias. Designers trend younger, and there are relatively few career designers proportionally above 40. Career designers in their 50’s are almost unheard of, many going towards other fields well before then.

As a result fewer and fewer older designers remaining in their fields to teach the tricks of the trade to new ones, most designers today realize how different the world of design is from just a couple of generations ago. It’s not to say that we have it harder or easier these days. But we may already have passed a point that many things that were once fundamental to the design discipline are nothing more than a quaint memory.

Here are a few things designers today will never experience in quite the same way: Nearly everything you need to learn about design can be found online, or at least in books you can order online. We often forget that just a generation ago, you needed both geographic and economic access in order to find the right resources.

Today, it’s not so ridiculous that many companies are outsourcing design work to people from countries that may not even had design courses available 10 years ago.  It’s not just people who have a career in design who benefit, either. Resources are also available to help even non-designers get a better grasp of the concepts designers use, making it easier to communicate a specific vision. Designers still work with their hands a lot. This is true whether you use pen and paper or Adobe CS and AutoCAD. What is different is that prototype or draft versions of real world objects are likely to be created on digitally rather than sculpted or built from scratch. This was true whether a designer was working on a poster, coffee cup, or automobile. As a matter of fact, most car prototypes were still sculpted by hand well into the 2000’s, with many models still undergoing hand-scultping before production to this day.

These days, designers are far likelier to use nothing but advanced CNC machines or 3D printers instead, which vastly simplifies the prototyping process. Even in cases where there is some manual work done to fine-tune a prototype, the bulk of it is now done by machine. According to Christopher Frayling of the Royal College of Art, Design has only split from Art as a discipline in 1836. From there, Design itself slowly became specialized to the point that no single designer can be expected to take in the entirety of knowledge in their specific field.

While smaller companies may indeed still ask designers to wear many hats, design specialization can no longer be easily skirted as a factor when hiring talent.  A lot of specialized design fields have come into the fore since the 1980’s. Among some of the fields formalized since then are service design, digital design, information design, UX design, surface design, communication design and many others.

Principles of these areas of design have long been identified, but they’ve only been identified as unique disciplines relatively recently. These fields are not necessarily worlds apart from each other. However, given how much has been added to the bodies of knowledge of each of those disciplines, it takes so much more time to master them, or at least stay relevant. In many contexts, it’s simply not feasible for one designer that specializes in one field to solve the problems unique to another. Job security has never been really associated with creative fields, but the little that there was has heavily eroded in the past generation. The choice is pretty much to keep learning or leave the design field entirely. Even keeping up-to-date is no guarantee.  Having good design chops is no longer as rare as it used to be thanks to the democratization of knowledge.  Many companies you would think progressive are also almost openly ageist, especially in the tech industry. Designers today are far more likely to be working freelance, as more developed fields Since most analog design tools have been replaced with digital equivalents that could be used on nearly any computer, it’s no longer as crucial for designers to be in places that have direct access to those tools. As internet speeds and access increase throughout the world, fewer designers are bound to work in any specific location in order to work. The only reason you would need most designers to be in any one place would be to communicate with them in person. Or more likely, better control their output.

We’re not saying things are any better or worse now than they were before digital era. However, in order to see the future, we must learn what has happened in the past. Whatever knowledge and skills we now have are not likely to stay relevant in 10 years, let alone 20. And there are only so many designers who could transition into management if no alternative career advancement paths are given.

On the other hand, given the continued trends in telecommuting and specialization, there is no reason we can’t all find a niche. The only question is how much you actually want to invest to keep working in design.

What else has changed in the design landscape? Comment below.