99.9% Of People Who Thought They Are Tetrachromats Are Wrong ;p It started with this photograph, the blue and black (or is it white and gold?) dress that sent the internet into a vicious furor, breaking close friendships and ruining long-standing relationships on whether what they were seeing was real, or a great practical joke they weren’t in on. A glitch in the Matrix?

There were a lot of attempts to explain this discrepancy, such as this article from LinkedIn.

Entitled 25% of the people have a 4th cone and see colors as they are ;p, neuromarketing expert Professor Diana Derval said that you can determine if you have this elusive 4th cone in your eyes if you can see 33-39 colors in the spectrum below.

“You see between 33 and 39 colors: you are a tetrachromat, like bees, and have 4 types of cones (in the purple/blue, green, red plus yellow area). You are irritated by yellow, so this color will be nowhere to be found in your wardrobe. 25% of the population is tetrachromat.”

According to the article, this could explain why people see the dress differently. “It is highly probable that people who have an additional 4th cone do not get tricked by blue/black or white/gold dresses, no matter the background light ;)”

It’s also a load of hogwash.

Before you get your pitchforks, let me clear it up. Tetrachromacy exists. Yes. It exists mostly in insects, amphibians, reptiles, fish and birds. Mammals mostly lost the ability during their early evolution, when our mammal ancestors transitioned from being nocturnal to diurnal.

2-3% of women, however, retain the four cones of tetrachromacy. An even fewer percentage can make use of them properly. Only women have the ability, thanks to their two X-chromosome genetic makeup.

This purported online test, however, is wrong. According to Newcastle University’s Tetrachromacy Project FAQ, “Unfortunately, computer screens do not provide enough colour information to be able to ‘tap into’ the extra dimension that tetrachromats may possess. It is therefore impossible for an online test to investigate tetrachromacy.” 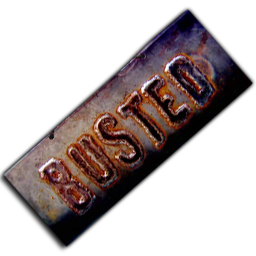 Another article by mythbuster site Snopes said “the claim that 25% of people are tetrachromats is inaccurate. While Jay Neitz, a color vision researcher at the Medical College of Wisconsin, estimated that half of the female population has a fourth cone in their eyes, only a small number of those people can actually see additional colors.”

Besides, that winky face in the already clickbait-y title gives it away.

So about that dress…

The most plausible solution is that it is some form of color constancy illusion that you can see right here.

But no matter what you say, it’s still blue and black. Heh.