UPrinting’s Photo Challenge: Exploring American Culture is now closed and a winner has already been chosen! Among countless of wonderful photographs, which one made the cut? The challenge was to capture a moment that shows how wonderful and diverse American culture is. It also challenged the participants to come up with a great shot, taking into consideration the lighting and the technique used. Of course, the photos should be original and unedited, too.

Photo after photo, we have seen beautiful people and places. The glorious moments captured in different perspectives were amazing. We have seen folks knit closely together by friendship, smiles made sweeter by love and sceneries made more magnificent by more than mere chance. UPrinting’s 2010 Photo Challenge may now be closed, but it has opened new doors to many budding photographers. To all those who participated, thank you very much for allowing us to see America and its diverse culture through your lenses. To the people who have helped judge and choose the winner, thank you very much as well!

Without further ado, here is the winning photograph: 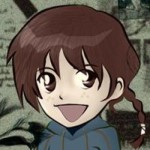 ABOUT THE AUTHOR: Leah Oripaypay