This article was originally supposed to be about BPG or Better Portable Graphics, a new file format that offers quality like that of JPEG’s but at half the size. I would no longer dive into the technology behind BPG because—quite frankly—nobody would understand it anyway. I would like to say, however, that BPG is undoubtedly better than JPEG. In fact, they’re not even close. Don’t believe me? See for yourself.

Left Side: JPEG; Right Side: BPG The BPG is not the first to try to dethrone JPEG as the king of image formats. PNG seemed like the next big thing but alas, JPEG remained unfazed. Even tech giant Google rolled out WebP to very little fanfare. With that being said, one has to wonder if it’s even worth replacing JPEG at all.

I’m not—in any way—dismissing the obvious benefits of switching to a format that offers lossless compression and smaller file size. But it seems like there’s this ongoing effort to drag people out of using JPEG. To those people, I hate to break it to you: that’s just not going to happen anytime soon.

JPEG has been around forever — for about 2 decades, in fact. We have grown so comfortable with the term that we use it interchangeably with “picture” or “photo” without even giving it a second thought. Old habits die hard. JPEG is practically a household name at this point.

The Real Problem with Other Image Formats

Here’s the real problem about other image formats: to convince everyone to switch to something new, you need money. You have a great product in BPG; other formats are arguably just as good—or even better—than JPEG. But JPEG has the market share. To shove JPEG out of the way, you need to spend money in promoting your new format.

But if that’s the case, then why did Google fail? It’s not like they don’t have money to burn, right?

Well, yes, they do. But here’s the other roadblock: average users just don’t care. So long as they can send pictures to family and friends, why would they even bother? To these people, file sizes or lossless compression are industry gibberish.

So will JPEGs ever disappear? Sure. Is BPG the next big thing? Maybe. But if I was a betting man, I’d say no. I hope to be proven wrong though. 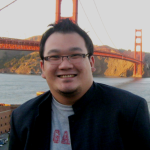 ABOUT THE AUTHOR: Rafael

Rafael Rivera makes a living by writing articles for the web, He started doing photography back in college and has fallen in love with the medium since.